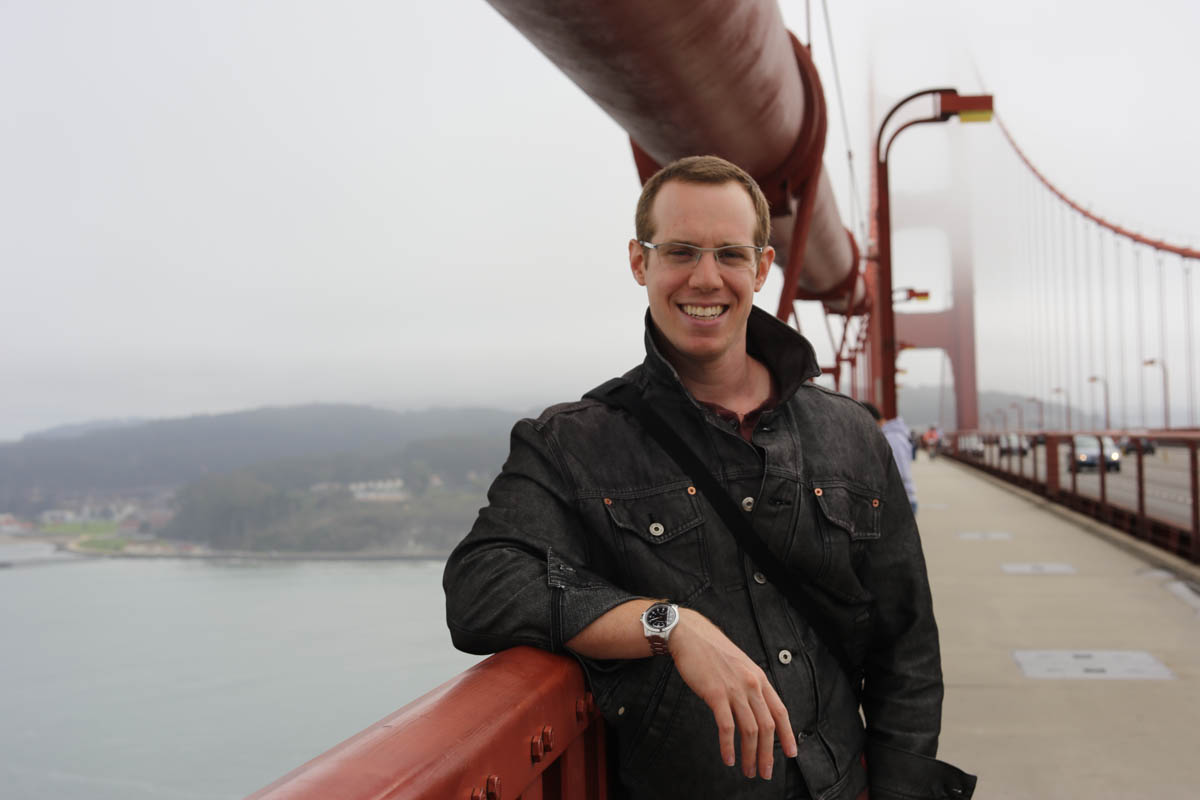 Ron is a Postdoctoral Fellow in the Bader lab and the MedSavant team. He is currently developing tools for human genome interpretation with MedSavant and The Sick Kids Genome Clinic (featured on CTV news and in the Toronto Star).

A key challenge in the broad deployment of personalized genomic medicine is the processing and interpretation of patients’ genomes in the context of their clinical indications. To address this challenge we have created MedSavant, an open-source, app-based system for analysis of patient genomes. MedSavant has been implemented in both research and clinically-oriented projects, and is accessible to geneticists of all levels of computational expertise.

In a medical context, a genome can be used to tailor treatment strategies to deliver more precise healthcare with the promise of improved diagnoses and responses to medical intervention. Pharmacogenomics, the study of how genes influence individual response to drug therapies, has a major direct impact on choice of drug dosing in many medical contexts. I am working on an open-source software tool, the Pharmacogenomics app for MedSavant. The app interprets pharmacogenomic variants with medically actionable output based on the guidelines established by the Clinical Pharmacogenetics Implementation Consortium (CPIC). The Pharmacogenomics app is currently being piloted as part of a clinical diagnostic exam at The Hospital for Sick Children in Toronto for the evaluation of PGx in paediatric clinical practice.

Current massively parallel DNA sequencing technologies produce short sequence reads that are often unable to resolve haplotype information. Phasing short read data typically requires supplemental statistical phasing based on known haplotype structure in the population or parental genotypic data. We demonstrated that the Oxford Nanopore MinION sequencer is capable of producing very long reads to resolve both variants and haplotypes of HLA-A, HLA-B and CYP2D6 genes without the need for statistical phasing. The genes are of clinical importance and are also used to determine patient drug response. 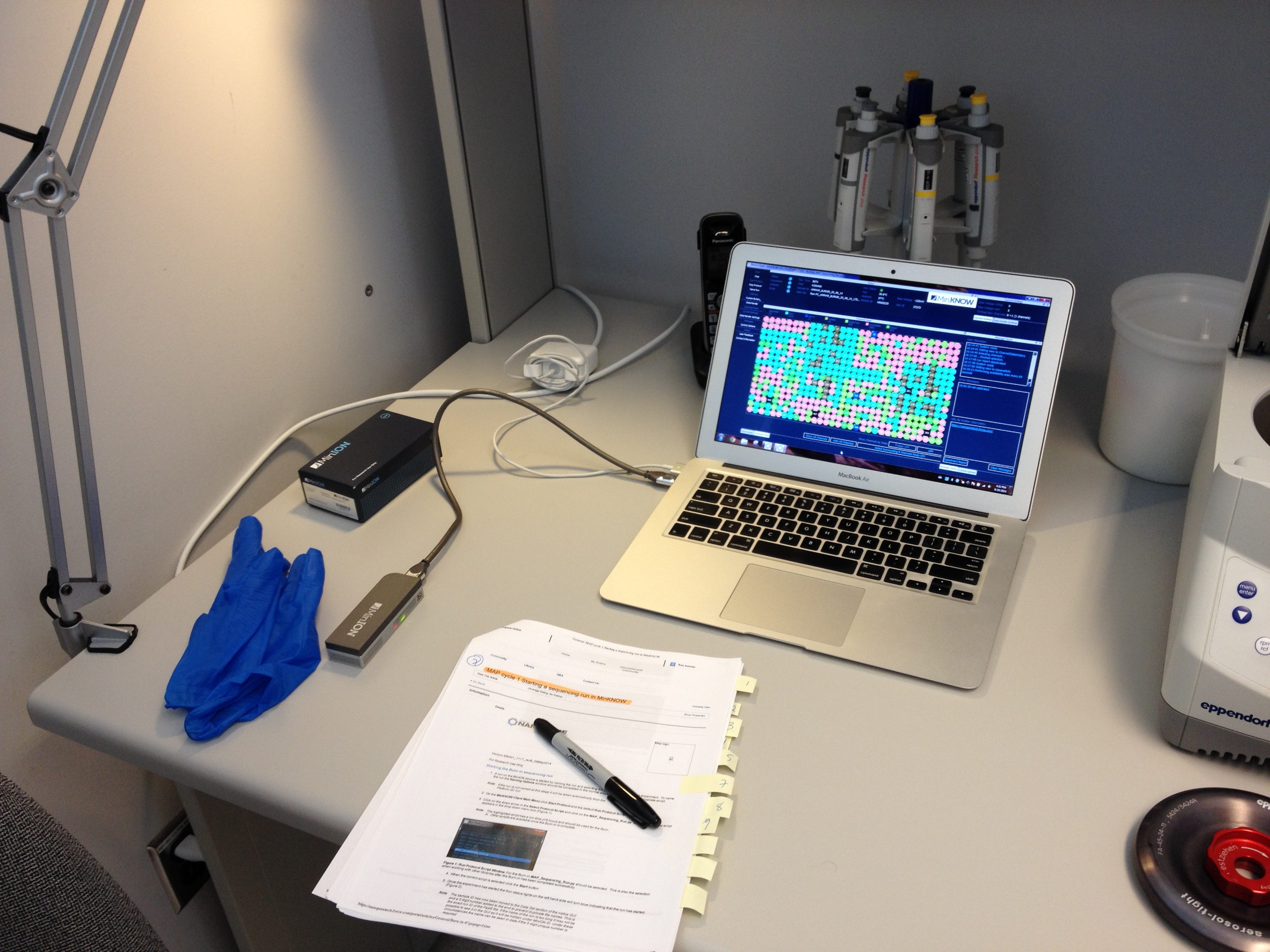 Chromatin is an ancient innovation conserved between Archaea and Eukarya

The eukaryotic nucleosome is the fundamental unit of chromatin, comprising a protein octamer that wraps ∼147 bp of DNA and has essential roles in DNA compaction, replication and gene expression. Nucleosomes and chromatin have historically been considered to be unique to eukaryotes, yet studies of select archaea have identified homologs of histone proteins that assemble into tetrameric nucleosomes. Here we report the first archaeal genome-wide nucleosome occupancy map, as observed in the halophile Haloferax volcanii. Nucleosome occupancy was compared with gene expression by compiling a comprehensive transcriptome of Hfx. volcanii. We found that archaeal transcripts possess hallmarks of eukaryotic chromatin structure: nucleosome-depleted regions at transcriptional start sites and conserved −1 and +1 promoter nucleosomes. Our observations demonstrate that histones and chromatin architecture evolved before the divergence of Archaea and Eukarya, suggesting that the fundamental role of chromatin in the regulation of gene expression is ancient.

The evolution of drug resistance in fungal pathogens compromises the efficacy of the limited number of antifungal drugs. Drug combinations have emerged as a powerful strategy to enhance antifungal efficacy and abrogate drug resistance, but the impact on the evolution of drug resistance remains largely unexplored. Targeting the molecular chaperone Hsp90 or its downstream effector, the protein phosphatase calcineurin, abrogates resistance to the most widely deployed antifungals, the azoles, which inhibit ergosterol biosynthesis. Here, we evolved experimental populations of the model yeast Saccharomyces cerevisiae and the leading human fungal pathogen Candida albicans with azole and an inhibitor of Hsp90, geldanamycin, or calcineurin, FK506. To recapitulate a clinical context where Hsp90 or calcineurin inhibitors could be utilized in combination with azoles to render resistant pathogens responsive to treatment, the evolution experiment was initiated with strains that are resistant to azoles in a manner that depends on Hsp90 and calcineurin. Of the 290 lineages initiated, most went extinct, yet 14 evolved resistance to the drug combination. Drug target mutations that conferred resistance to geldanamycin or FK506 were identified and validated in five evolved lineages. Whole-genome sequencing identified mutations in a gene encoding a transcriptional activator of drug efflux pumps, PDR1, and a gene encoding a transcriptional repressor of ergosterol biosynthesis genes, MOT3, that transformed azole resistance of two lineages from dependent on calcineurin to independent of this regulator. Resistance also arose by mutation that truncated the catalytic subunit of calcineurin, and by mutation in LCB1, encoding a sphingolipid biosynthetic enzyme. Genome analysis revealed extensive aneuploidy in four of the C. albicans lineages. Thus, we identify molecular determinants of the transition of azole resistance from calcineurin dependence to independence and establish multiple mechanisms by which resistance to drug combinations evolves, providing a foundation for predicting and preventing the evolution of drug resistance.

Modern drug discovery methods have been developed for the challenging endeavor of identifying candidate drug targets and target pathways. Here I report a novel assay to identify human drug targets, called human Multi-copy Suppression Profiling (hMSP). This assay is optimized for use with a custom DNA microarray platform that was designed for high-throughput ORFeome studies. In hMSP, a collection of Saccharomyces cerevisiae strains, each expressing a different human protein, is exposed en masse to a drug at growth inhibitory concentrations. Strains that are resistant to drug inhibition are prioritized as candidate drug targets. I confirmed the utility of hMSP by identifying human dihydrofolate reductase as the target of methotrexate. hMSP was applied to study the β adrenergic receptor (βAR) antagonist propranolol, a drug used in the treatment of cardiovascular diseases. Propranolol has been shown to be an effective and safe therapeutic via a mechanism independent of its βAR activity. I identified yeast strains overexpressing the dual specificity phosphatases (DUSPs) 10 and 16 as resistant to propranolol treatment. These observations were confirmed in human embryonic kidney cells, where the overexpression of DUSP16 was able to rescue the cells from propranolol toxicity. Propranolol was subsequently shown to inhibit DUSP10 activity in vitro, suggesting that these dual-specificity phosphatases are bona fide targets of propranolol. This study emphasizes the value of in vivo chemical genomic assays in yeast for the purpose of identifying novel human drug targets in a rapid and unbiased manner.

If you're a student looking for the course notes and details, please visit portal.utoronto.ca.